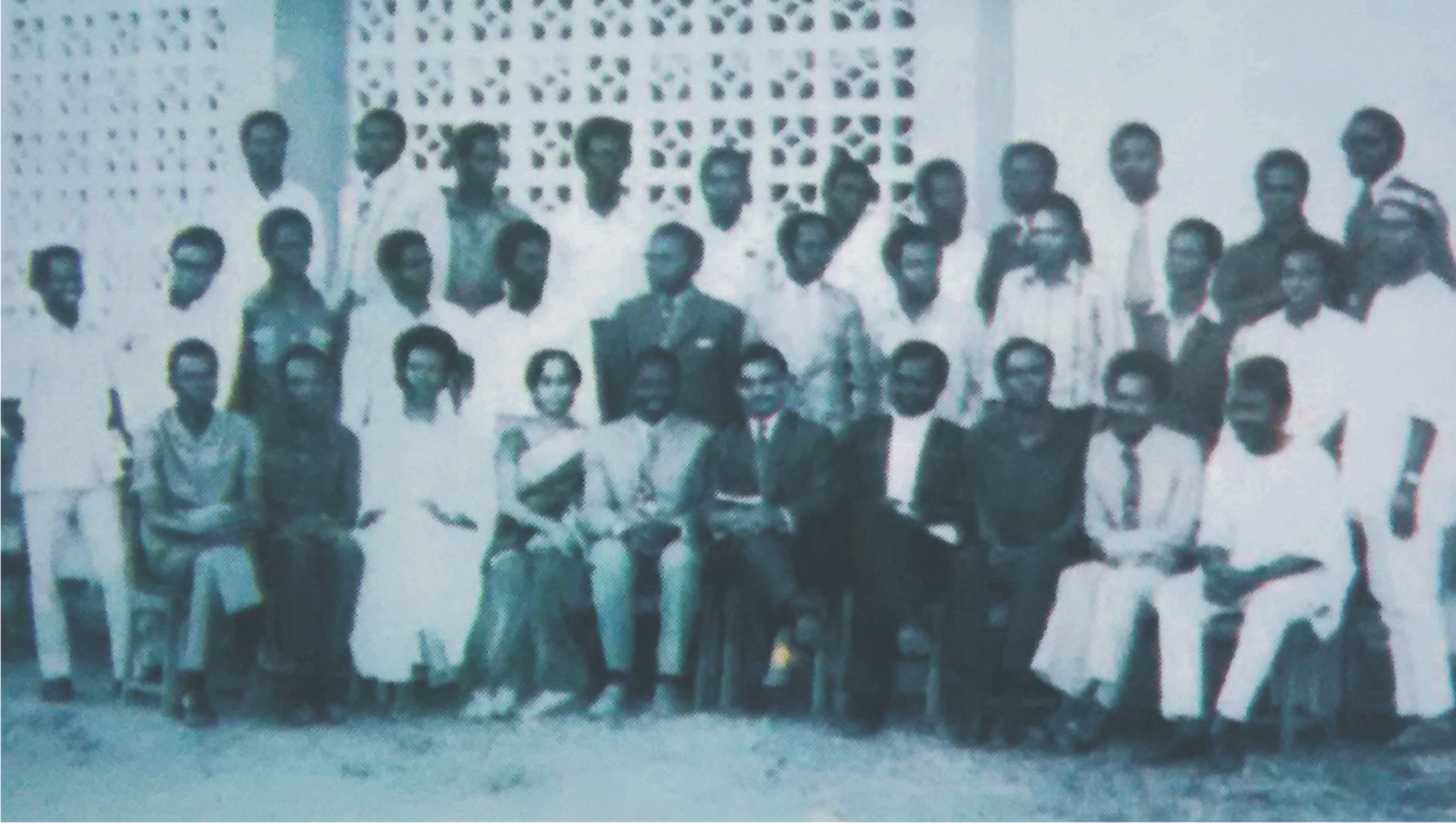 The formation of Esan Grammar School Old Boys Association (EGSOBA) was not as a result of any country-wide consultation among the school’s products, ab initio. Neither did its national executive emerge nor was it elected in any annual national convention or such-like convocation. Like the fabled beginnings of its alma mater, EGSOBA began in separate undertakings coincidentally simultaneously, by old students respectively in Benin City and Lagos, who were conscious that it was high time such a gathering was formalized, wherever they lived or worked. That was in the 1970s, a decade after the first stream of products of the school had, not only matured and attained social heights but when they were in sufficient members to form an Association.

At a stage in 1980s, in the course of frequent inter-territorial meetings between Benin and Lagos, it was conceded and resolved that whatever executive Benin elected for itself would also, automatically, be regarded as the National Executive. This pragmatic decision not only affirmed the historical and cultural suzerainty of Benin vis-à-vis the location of Esan Grammar School, but it also made a convenient and tidy arrangement for the general organization of our affairs, nationally. Indeed, as the nearest State bureaucracy, entrepot and university town, Benin City naturally has been, not only the main catchment depot of Esan Grammar School’s products, she has always had a high-quality number of them who have justifiably lived up to our expectations in the mutual concession, dutifully.

Since then, branches of EGSOBA have sprung up in such other places as Warri, Port Harcourt, Abuja, Kaduna and Ibadan with varying degrees of sustainability. Ironically, it is only in the last few years that an active home-branch has been sustained at Uromi, the cradle! Obviously, this odd state of affairs had been largely due to the town’s earlier sub-urbanity without sufficient modernity, but with the serenity of rurality (that is only) attractive to the retired and sedentary.

By the nature of its primary responsibility, EGSOBA is essentially a charity, apolitical in the application of services and dedicated in the pursuit of its strong existence nationwide and in earning for itself the respect of all and sundry for its achievements. Landmarks and history abound in the school to prove it.

The first NATIONAL PRESIDENT, so-called, of EGSOBA was Mr. Julius Odigie (1977 to 1991) while his contemporary for the Lagos branch was Chief Emman Sideso. Since then, we’ve had Dr. A.A. Ihenyen and the current President, Mr. F.D. Okoh, in Benin all doing lengthy tentures in their time. In Lagos, we’ve had the presidencies of Chief Festus John Oiku and Prince MacDonald Okojie, the former since redrafted in to office until now! In both the Benin and Lagos axes that have remained the soul of EGSOBA, there have been strong recurrent characters, Old Boys, who have stayed the course as pillars in the struggle of service to sustain Esan Grammar School over the years. They include Deacon Andrew Masade, Dr. Anthony Inegbenebor, Sir Vincent Otoide, Mr. Anthony Okhueleigbe, Mr. S. Ejodamen, Dr. Garby Ihenyen, Dr. Mike Ehizokhale, Mr. Anthony Okojie and the current Speaker of the Edo State House of Assembly, Hon. Friday Itulah.

It is our fervent prayer that the Golden Jubilee will not stunt EGSOBA but rather mark the resurgence of our Old Boy School ties and the proliferation of new branches of it in locations that deserve them, throughout the Nigerian Federation and abroad!